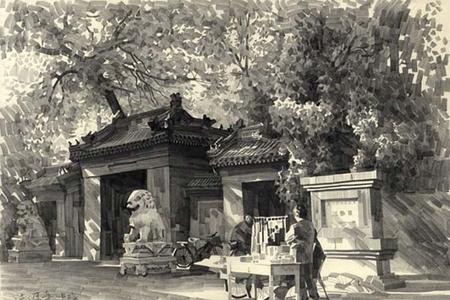 The following pencil drawings are created by Chinese artist, Kuang Han. After graduating from Nanjing Normal University in 1989, Mr. Kuang moved to Beijing.  He was strongly attracted by Beijing's culture heritage and has shown very strong interest in Beijing's Hutong (those narrow streets or alleys, most commonly in Beijing old residential area) and it’s related culture. During the past 20 years, he visited almost every Hutong and old street in Beijing, collecting about 3,000 pieces of material and background information. Mr. Kuang Han uses his special style, taste, and observation angle to show us Beijing’s "Hutong Culture". Kuang Han's art work gives us not only a precious opportunity to see different parts of Beijing beyond those modern high-rise buildings, but also makes a great contribution to protecting and preserving the special cultural heritage which is disappearing in the mass construction of Beijing city in the modern time.

We are very happy to have Mr. Kuang visit Austin and exhibit his drawings. You are cordially invited to my studio to enjoy Mr. Kuang’s art on November 29. 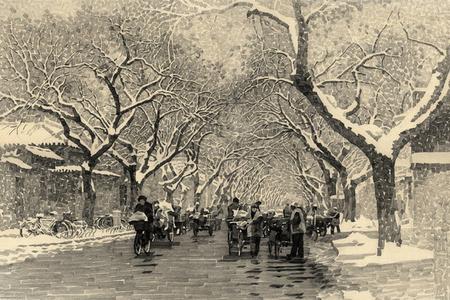 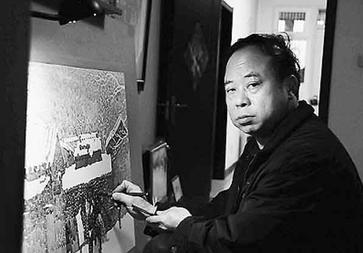